Those of us here at ATP have had the pleasure of watching our graduates quickly move on to great jobs flying for the airlines here in the US. Occasionally I also have the pleasure of sharing one of those graduate’s story with you. Scott Weddell began his aviation career in March of 2013 when he arrived at our McClellan-Palomar Airport (KCRQ) Flight Training Center to begin flight training. Scott graduated from the Airline Career Pilot Program later in 2013 and began instructing for us at ATP at our Scottsdale, Arizona Flight Training Center. Scott was interviewed by SkyWest Airlines while he was still with ATP in 2014 and brought into the SkyWest Pathway Program. Scott shares the rest of the story with us. 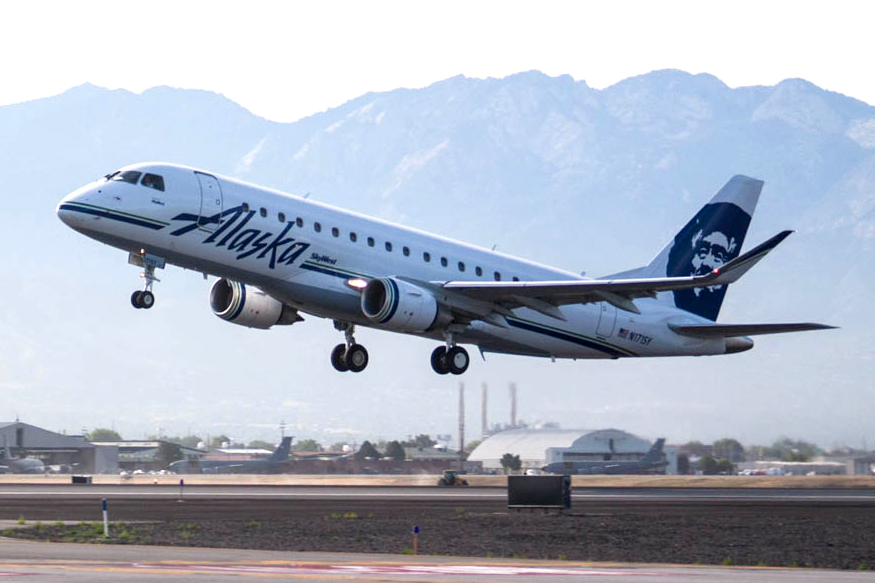 March 4, 2018 will be 5 Years since I started my career in aviation. It’s amazing to me how much has changed and what I have learned during that time. What sticks out to me the most is how fast it all goes. One moment I’m a senior in college googling flight schools and trying to figure out how I’m going to make my dream come true, and the next moment I’m working for SkyWest Airlines as a first officer flying an ERJ-175. 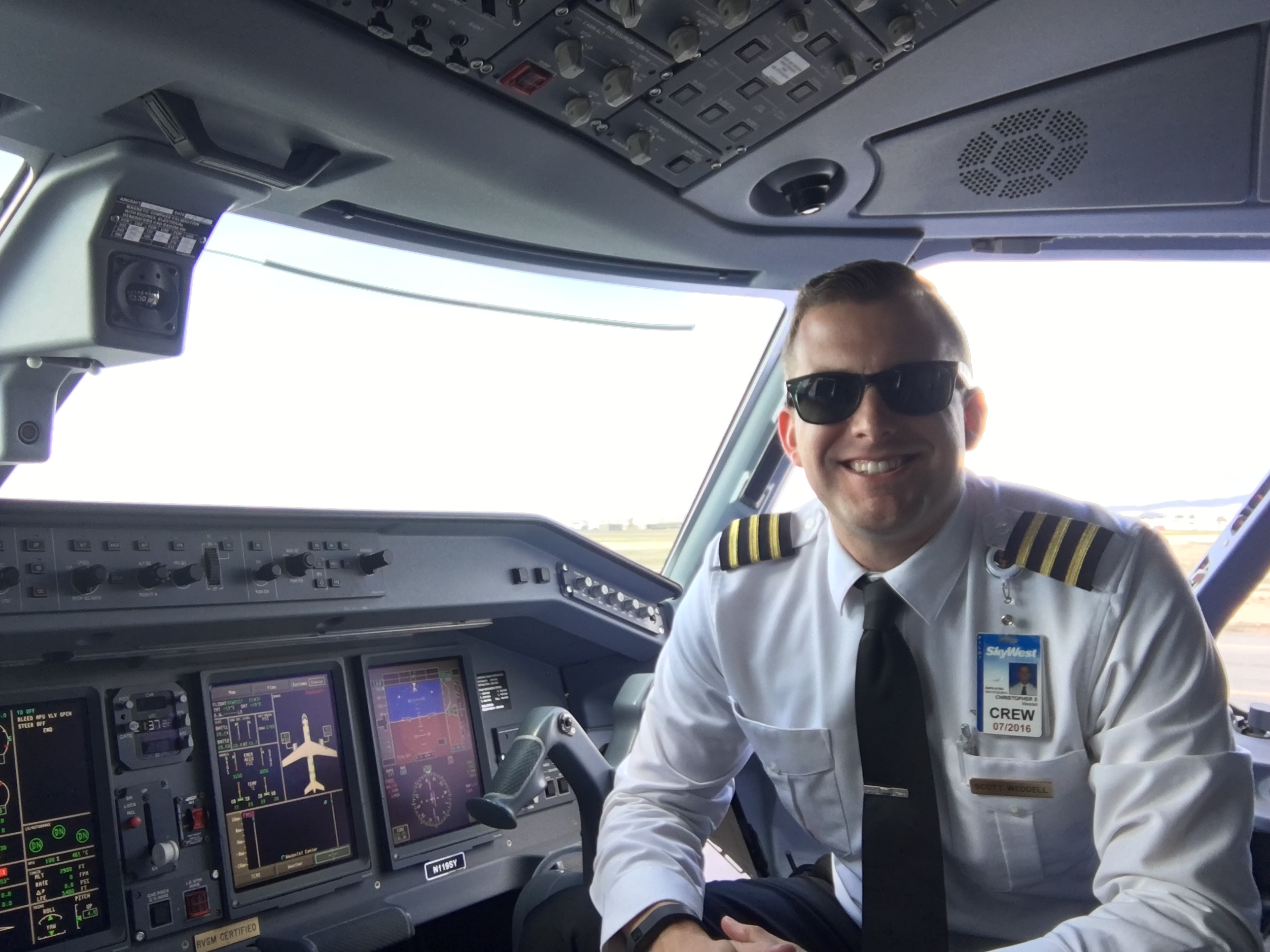 Being the first pilot in my family has made my aviation career path one I had to discover on my own. Growing up in a small town in Southern California with no airports for miles made it difficult to pursue my passion of flying. After much research and effort, I discovered ATP’s flight school. ATP offered me the fast-paced accelerated program I had been looking for. Having already received my bachelor’s degree in communications, I was looking for a flight school that would help me to obtain all my certificates needed to become a professional pilot. So, on March 4, 2013, I started my flight training in San Diego, California. After seven months of training and flight instructing in Scottsdale, Arizona, I was hired at SkyWest Airlines flying the ERJ-175. Flying at SkyWest is one of the most fulfilling things I have done with my life. From helping people travel to seeing new places myself, I have found that being an airline pilot is more than I ever could have hoped for. After a year at SkyWest, I was given the opportunity to join their recruiting team. I now get to travel the country sharing my story and love of aviation, as well as helping people reach their goal of becoming an airline pilot. It’s amazing to me how small of a community the aviation world is. This community offers an immense amount of support and guidance. Helping people find their career path in aviation is one of my favorite parts of being a recruiter. It’s also allowed me to give back to ATP by mentoring the next generation of pilots that are starting their career in the same place I was not long ago. To use a rather obvious pun, these past 5 years have flown by and from where I’m sitting, you can’t get a better view to watch life unfold. 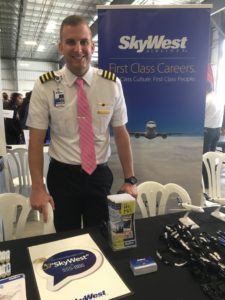 Scott made the correct choice in choosing the best Airline Career Pilot focused flight training available. Scott did his due diligence, and when he was satisfied that he knew enough to make the right decision he chose to train with ATP. The decision was too important to trust any other institution. ATP has a 30-year history of providing aspiring airline pilots rock-solid flight training that gives them the best chance of beginning a well-paid career flying for the airlines. Your career is important too. When success matters the most, choose to train with ATP.
Pilot Career Guide » Download Your FREE Pilot Career Guide »