L.J. Aviation Partners with ATP to Recruit the Best Pilots

My job with ATP allows me to make enduring friendships with pilots who come through ATP on their way to rewarding flying careers in the Aviation Industry. One such ATP Alumni who has been a part of the ATP family for many years is John Tatara. John came to ATP to begin his flying career by joining the Airline Career Pilot Program in 2007. 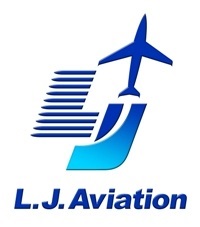 John worked very hard as a student with ATP and excelled, earning his pilot certificates and ratings in a timely manner and becoming an instructor for ATP in 2008. John then trained in ATP’s Regional Jet Program and went on to become an instructor in that program. John continued to instruct in the RJ Program even after he went to work for a regional airline, where he flew for several years. John then decided to change his career path, and struck pay dirt when he was hired by L.J. Aviation based in Latrobe, Pennsylvania just east of Pittsburgh, with a growing list of Satellite Bases including Bedford, MA; Marshfield, WI; Rochester, NY; and at Greater Pittsburgh International. John made the bold move to walk away from seven years of seniority at the regional airline he flew for because L.J. Aviation offered him several important things, including stability, that had become increasingly important to him as he looked at his future in aviation. L.J., in its history of over 35 years in business, has never laid off a pilot. They also fly a diverse fleet of 30 desirable aircraft including Large-cabin jets (Challenger 604/ Global 5000), Super Mid-size Jets (Citation Sovereigns / Challenger 300s), mid-size jets (Hawkers / Citation Excels) and light-jets (Citation CJ3 / Bravos / Encores & V Ultras) from six locations throughout the US. These aircraft are maintained to the highest level by L.J.’s maintenance department, which has earned the prestigious FAA Diamond Award for Excellence which recognizes an organization’s commitment to the highest standards of safety. As part of L.J.’s commitment to excellence, they make pilot retention a top priority. Newly increased pilot salaries and retirement benefits are above market norm, in addition to a list of pilot specific incentives available there. L.J. Aviation has partnered with ATP to recruit the best pilots who, like John Tatara, will go on to use their career-oriented flight training and lessons learned at ATP to become not only great pilots but great employees as well. Join pilots like John, who are highly sought out by the best flight operations such as L.J. Aviation, and begin your own career in aviation with the Airline Career Pilot Program at ATP.
Pilot Career Guide » Download Your FREE Pilot Career Guide »