Fallout from the Global Pilot Shortage

The pilot shortage affecting airlines in the United States has become a problem for airline operations around the world, including our biggest and best airlines as reported on SeekingAlpha.com. FedEx has the highest paid pilots in the world but still needs to take action to deal with the fast-growing airline industry. The following news shows the opportunities made available for those willing to train for careers flying for the airlines. 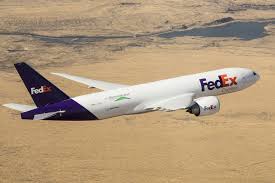 With the peak holiday shipping season fast-approaching, global package delivery giant FedEx Corp is paying retirement-age pilots bonuses of $40,000 - and potentially as much as $110,000 - to keep them flying into next year, according to two sources with knowledge of the matter and a contract seen by Reuters. The bonuses, outlined in the latest pilot contract and previously unreported, reveal that a wave of pilot retirements, global pilot shortages and rising cargo demand fueled by the growth of global e-commerce are straining the world’s largest air delivery fleet. FedEx expects to lose about 150-200 of its roughly 5,000 pilots this year - and around the same number annually for the foreseeable future - as more approach age 65, the federally mandated pilot retirement age, one of the sources said. The FedEx pilot contract seen by Reuters, signed in late 2015, includes a calculation that allows for bonuses of up to $110,000 per pilot. The two sources told Reuters they were aware of pilots collecting bonuses this year of $40,000 to $50,000, though the total number of payouts was unclear. Flying for FedEx is the highest-paying job among U.S. carriers, with 30-year pilots making roughly $300,000 not counting overtime or bonuses, industry sources said.

People interested in pursuing a career flying for the airlines and beginning training now with ATP will join their first airline in about two years. They will make between $60k and $80k their first year and upgrade to Captain in another two years or so. The upgrade to Captain includes a 40% increase in pay. After a few years as a Captain, they will be eligible to begin applying for even more lucrative jobs flying for the major and legacy airlines. A rewarding six-million dollar career begins by training with the company with the most proven record of training pilots for the airline industry: ATP.
Pilot Career Guide » Download Your FREE Pilot Career Guide »