ATP is once again expanding its fleet of training aircraft in order to produce more new airline-ready pilots quickly and safely. ATP trained pilots are graduating from the Airline Career Pilot Program and are being hired by airlines at a rate never experienced before. 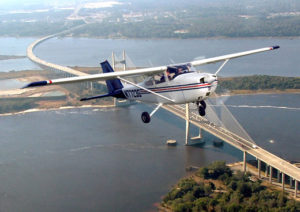 ATP Flight School has accepted delivery of ten new Cessna 172 SkyHawks from Textron Aviation, Inc. The new deliveries compliment last year's order of 15 Skyhawks, delivered in December. All of the new aircraft are equipped with the Garmin G1000 NXi electronic flight deck and will be utilized by students and instructors in ATP's Airline Career Pilot Program, which provides pilots with a training path, from zero experience to airline pilot job in just over two years. Over the past two years, ATP Flight School has taken delivery of 70 training aircraft; nearly half of which are factory-new Piper Archers that complete 2013's 100-aircraft order for the single-engine Piper trainer. As airline pilot hiring demand rapidly accelerates, an additional 100-Archer order was announced by Piper and ATP in April, with firm orders for 30 aircraft and the option for 70 additional aircraft. Having consistently exercised options on the original 2013 order, ATP will continue to take delivery of new aircraft every month through the end of this year and into next. "As the leading supplier of professionally-trained pilots to the nation's regional airlines, we are continuing to invest in new, safe, and reliable training aircraft for our students and instructors," said ATP president, Justin Dennis. The ten Cessna 172 Skyhawks delivered this month will join ATP's fleet of 313 aircraft, which fly 253,000 flight hours annually to place over 530 pilots at airlines in the last 12 months. The demand for new airline pilots has exceeded the present supply. This has improved pay and working conditions for every airline pilot flying for the airlines. It has also created thousands of opportunities for people to begin an exciting and lucrative career flying in the airline industry. The quickest, safest and the most proven path to those airline careers begin in the Airline Career Pilot Program. Explore the opportunities and call to schedule an introduction flight with ATP.
Pilot Career Guide » Download Your FREE Pilot Career Guide »